“Telling an introvert to go to a party is like telling a saint to go to Hell.” ― Criss Jami

Contrary to popular belief, not all loners have a pathological fear of social contact. “Some people simply have a low need for affiliation,” says Jonathan Cheek, a psychologist at Wellesley College. “There’s a big subdivision between the loner-by-preference and the enforced loner.”
―From SandBoxGeneral.com


“Writing is something you do alone. It’s a profession for introverts who want to tell you a story but don't want to make eye contact while doing it.”
― John Green


“When introverts are in conflict with each other...it may require a map in order to follow all the silences, nonverbal cues and passive-aggressive behaviors!”
― Adam S. McHugh


“The only problem with seeing people you know is that they know you.”
― Brent Runyon, The Burn Journals


“If Introversion is a disease, then can I please get a disability so I don't have to work with extroverts all the time???”
― Anonymous


The best thinking has been done in solitude.
—Thomas Alva Edison


“You can get help from teachers, but you are going to have to learn a lot by yourself, sitting alone in a room.”
—Dr. Seuss


I'm not trying to say that I hate talking to people. I'm saying that as an introvert, I have to spend a lot of time alone or I get mean.
― Anonymous


I found these great introvert quotes at GoodReads.com, QuotesDaddy.com, SearchQuotes.com, and The Introvert Entrepreneur

Posted by Laura Leveque at 6:50 PM No comments:

Introversion is not a Disorder!﻿


Finally, after years of pretending to be an extrovert, I can come out of the closet--thanks to books like: Quiet: The Power of Introverts in a World That Can't Stop Talking; The Introvert's Guide to Success in Business and Leadership; Introvert Power: Why Your Inner Life Is Your Hidden Strength; The Introvert Advantage: Making the Most of Your Inner Strengths; and a blog I subscribe to on my Kindle, The Introvert Entrepreneur by Beth Buelow http://bethbuelow.com/blog/

Below are links to Introvert Power e-books. 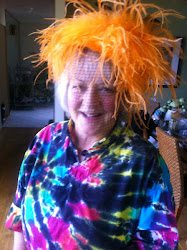